Home / News / Get Involved With Your Union

When I was twenty-three years old, I got my first “real” job at Granite City High School.   One of the first contacts I made in the district was my department head and a union representative who gave me forms to fill out to join the union.   I didn’t understand what the union was and why I needed to join, but was advised by parents and peers that I should join the union. So I signed the papers and have been a member of the Local 743 ever since.   Many of us probably have the same story, but may have never really considered what the Union actually does.  Sure, we know that contract negotiations come around every couple of years, and we are probably aware that the Union gets involved when staff members are treated unfairly or when labor laws aren’t being followed.

Come to a meeting, you’ll hear plenty of discussions about seemingly mundane topics that are actually impacting staff members, issues  like heating units not working, missing supplies, lack of substitutes, or misplaced boxes from room moves.  The union gets involved in minor and major issues when they can’t be resolved within the building.   You may have never directly needed an issue resolved, but consider that when you approach administration with a problem, and it is resolved quickly and efficiently, it may be because administration knows that you have the backing of a union behind you.

Consider that our working environment is our students’ learning environment.   A Harvard study looked at whether teachers unions hindered or improved performance.   Focusing on the SAT, the study revealed that there was a significant and positive relationship between unions and student performance.  The presence of teacher unions was linked to stronger state performances on these exams.      Their reasoning found that:  “better working conditions; greater worker autonomy, security, and dignity; improved administration; better training of teachers; greater levels of faculty professionalism” lead to greater student achievement.

These days, state and federal governments have declared that unions are the enemy, the reason for the failure of some schools to provide proper education to students.  Images of Detroit schools show a crumbling infrastructure and students who are stuck in so-called failing schools.   Schools are tragically underfunded, yet teachers unions are bearing the brunt of the blame.   In Illinois, the state’s debt is blamed on teacher and government pension programs, never mind that the state has underfunded these systems for decades.  Make no mistake, our profession, our unions, and our public schools are under attack.  Time to wake up and get involved! 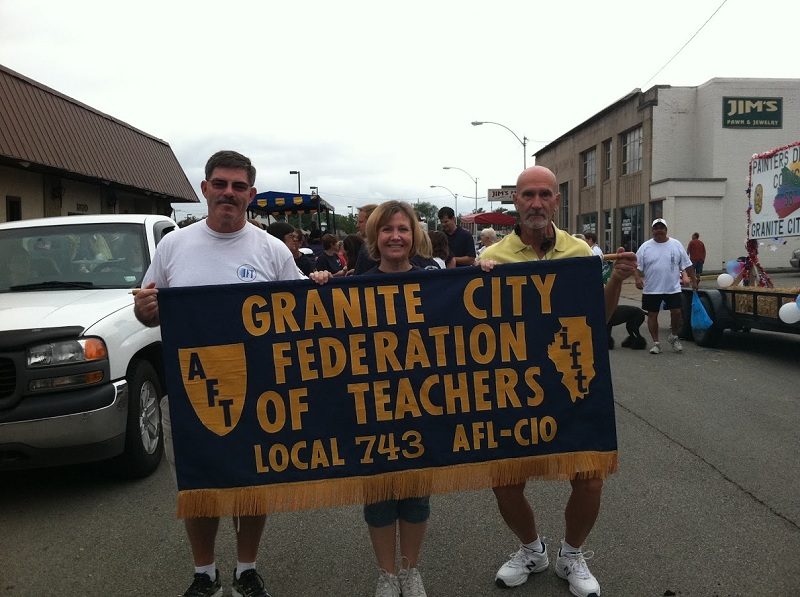